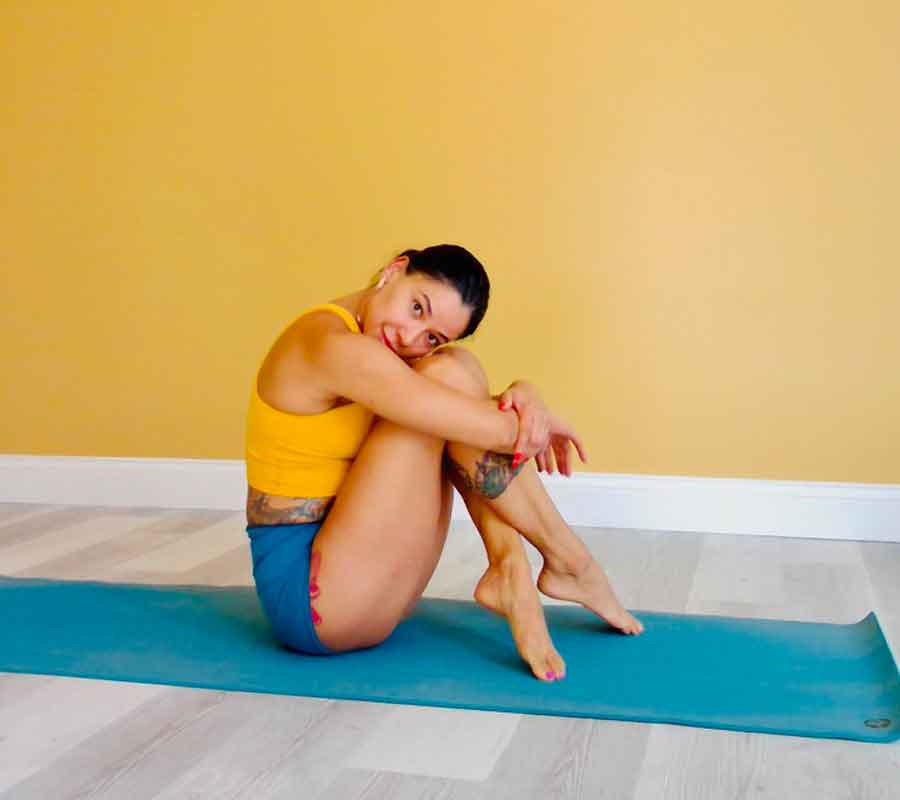 Kai is an experienced and active kids yoga teacher.

Contribution to the kids community via school classrooms & by private session. 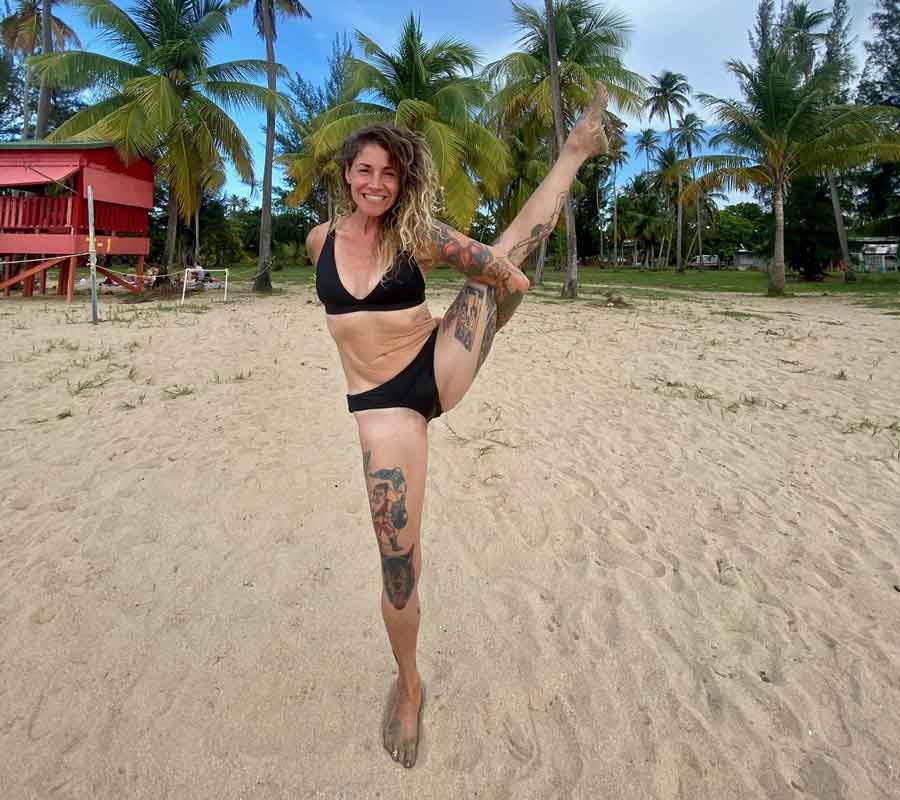 Alison’s yoga journey began in 2012 when she was pregnant with her second child. Amazed at how much better her body felt after prenatal classes, she immersed herself in the study of yoga and all of its offerings. Not long after the birth of her son she returned to classes and quickly found a home at her local Ashtanga studio. Alison has been practicing Mysore since 2014.

Since moving from Richmond, Virginia to San Diego, California in 2019, she has broadened her practice to include a wide range of styles including stand up paddleboard Yoga and aerial yoga. She is 200 HR RYT and a certified aerial instructor but Ashtanga still has her heart. She is passionate about sharing the practice that changed her life.

Alison is a sex educator and the owner of nationally acclaimed sex positive adult boutiques in Richmond, VA. She is also a writer and the editor-in-chief of Throats to the Sky Literary Magazine. She lives with her husband, two children, an entitled chihuahua, a reclusive snake, and eight chickens. For all of her projects, visit throatstothesky.com. 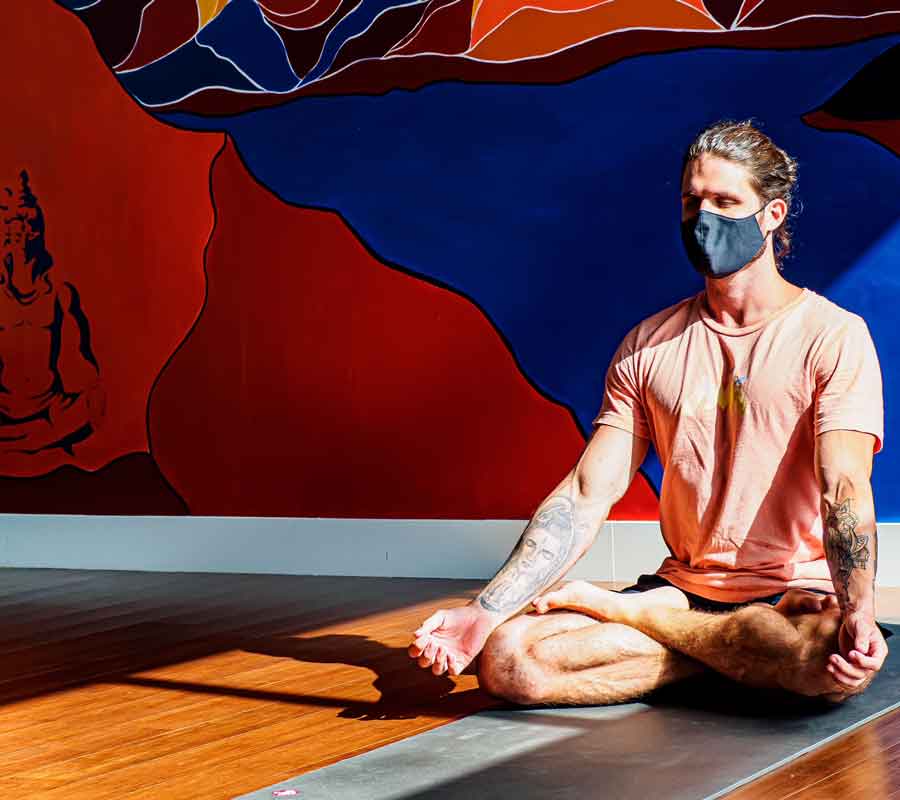 Kyle is a RYT-200 who has studied under Sarah Haughton & Jared McCann. He is a student of many different types of movement modalities including hand-balancing and gymnastics strength training. This multi-faceted background allows his classes to be rooted in strength, mobility, and mindfulness. Kyle focuses on detailed cues and breathing techniques that help his students find a deeper connection to their body and practice. His belief is that students should come to class expecting a unique experience that is still rooted in the deep tradition of yoga. 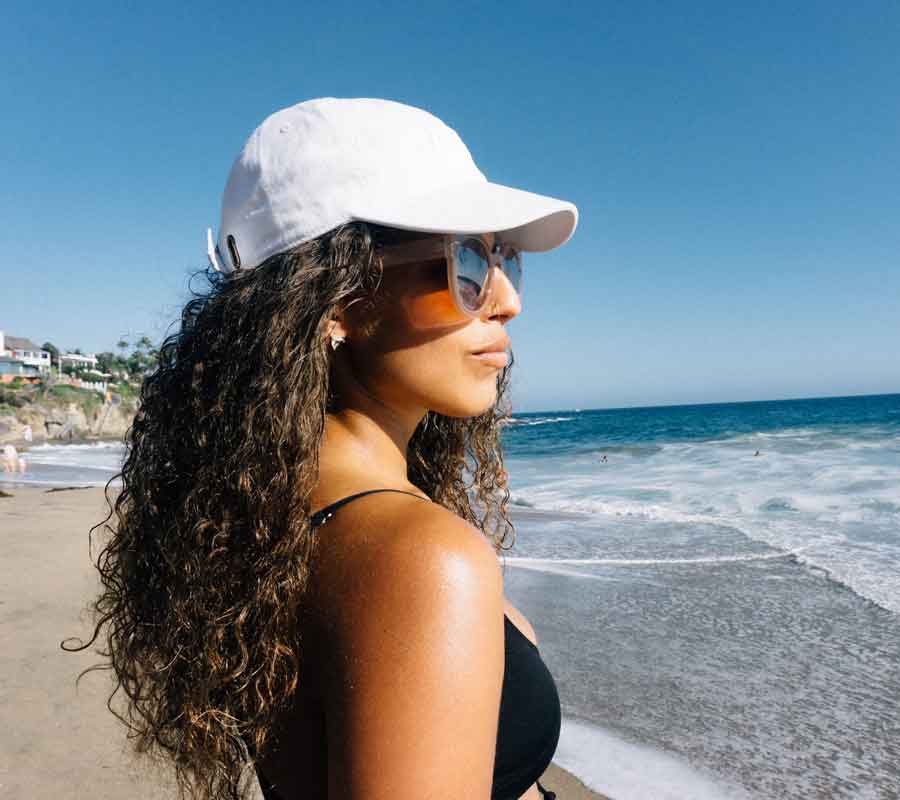 Leilah was born and raised in Topeka, Kansas. She has played soccer her entire life and received a full scholarship to play 4 years at the University of Missouri at Rolla. Leilah graduated in 2013 as the captain of the women’s soccer team and a B.S. in Civil Engineering. After college, Leilah moved to Columbus, OH for her work and received a yoga teacher training certification in 2015 at a local yoga teacher. In 2017, Leilah moved to San Diego, CA for work and has lived here ever since.

Leilah’s yoga teaching style incorporates traditional vinyasa yoga and restorative postures for an optimal combination of work and recovery. Leilah has worked with all types of athletes from high school basketball players to competitive cross fitters. Her style of teaching is an artistic use of vinyasa style yoga that can be incorporated into any athlete’s routine. The movements and positions you will get into during her class are carefully selected to be helpful for extending flexibility in muscles that are overused in our daily lives and in a competitive atmosphere. 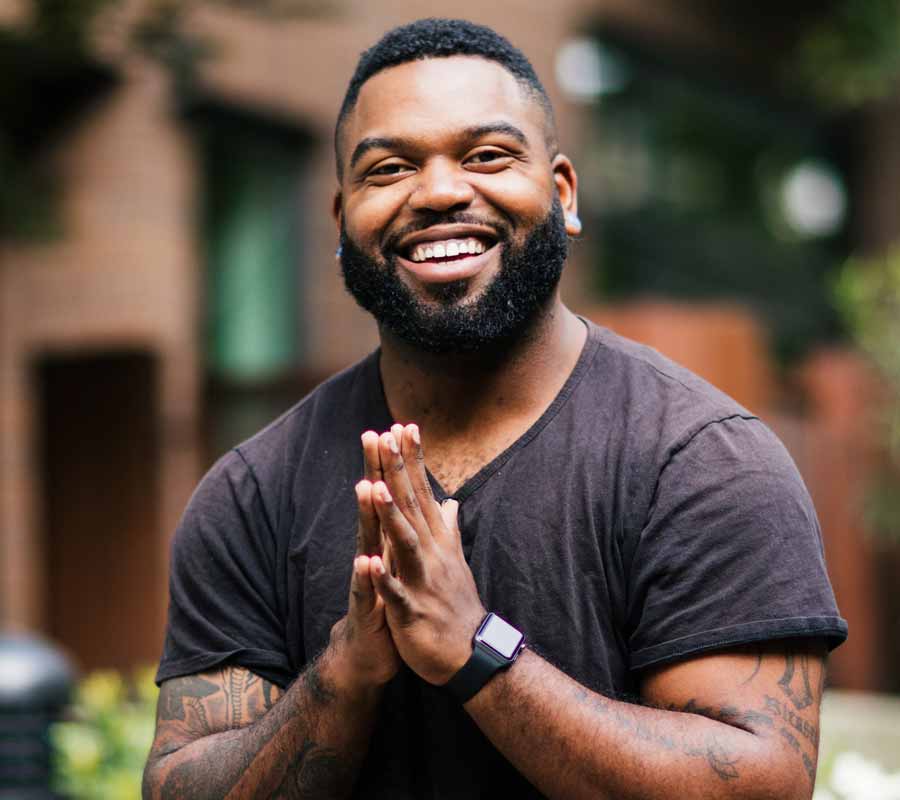 My name is Jerrelle Wilson but I also go by Jerreal Flow. This name is symbol of not only how I teach but also how I live my life. I find it imperative to teach students the real things about yoga. As I teach students about alignment, breath and postures I also teach them about the flow of life inside and outside of class. As a black man who was raised playing football, running track and doing everything besides dynamic stretching, it surprised it me how much I loved yoga. Yoga has given me the opportunity to showcase that you can break the mold with consistency and dedication. I want to share the opportunity with the world.

I finished my first teacher training in 2015 at I AM YOGA Wellness in Turlock CA. It was here that I learned about hatha, vinyasa, restorative techniques and how in-depth yoga can be. I would soon move to San Diego and begin truly learning how to teach.

In 2018 I had the opportuinty to do a 300 hr teacher training in Bali, Indonesia. This training was immersive and taught me more about the subtleties of teaching and the differences between yoga and building a foundation on mobility and strength.

Combining all of these trainings over the years has given me a unique perspective on how to teach and apply it individually to each student. Thank you for allowing me to create a space for you to grow and connect with your breath, body and mind. 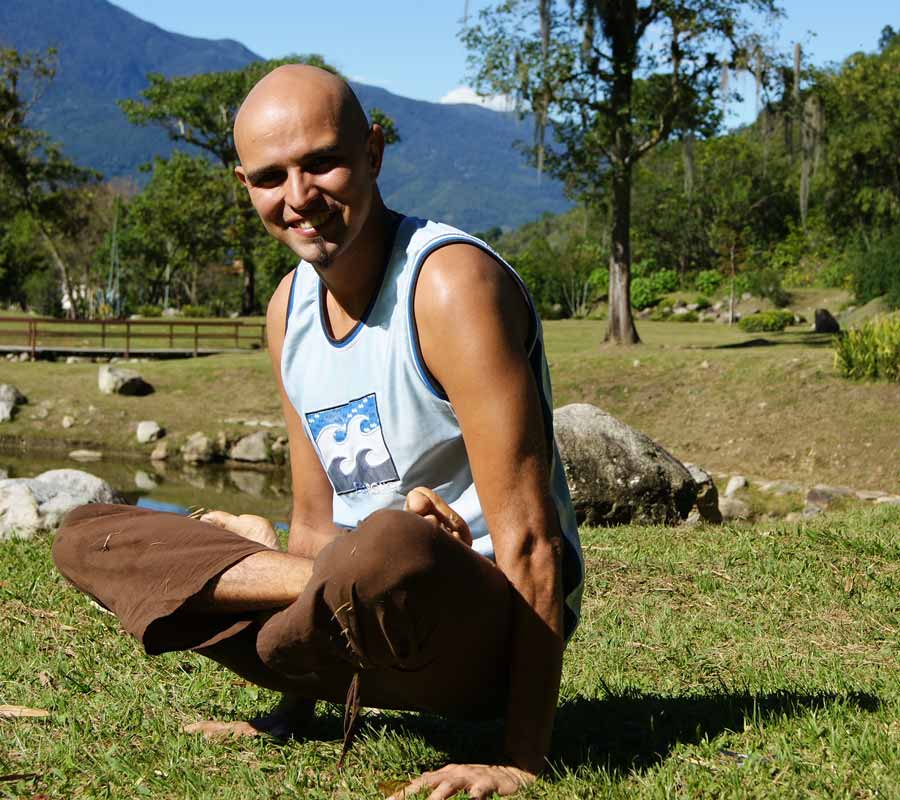 Henry entered the Yoga and bodywork World in the city of Caracas in 2001, after finishing his degree in business, he decides to go deeper in the studies of yoga, massage, healing, bodywork, and coaching, in the City of Honolulu, Hawaii, where he lived for 5 years. He learns different modalities, lomi lomi massage, deep tissue, rehabilitation bodywork, shiatsu and Thai massage. In 2007 he took his first Yoga teacher training at the Open Space Yoga This experience changed his life in such a way that he gave up everything he had in Hawaii to pursue adventure in the country where Yoga is originated India.
He lived in India for six months, where he visited many of the Ashrams. He learned about its culture, especially Yoga and Meditation. In 2010 He did the Sivananda Yoga Teacher Training in the city of Madurai, India. He also finished a professional Certification in Ayurveda and Aryu Yoga Massage and studied in Rasovai School in Morjin, Goa. He traveled all around India taking Yoga classes and learning more about Yoga. After India his love about bodywork took him to Thailand where he become a teacher of Thai Yoga massage. He travel to New York in 2013 he did many different workshops in the Jivamukti Yoga school of New York. Henry has taught classes and workshops all around Venezuela, Latin America, Spain and the United States. Henry teach Vinyasa Yoga, Basic Yoga, Core Yoga, Thai Yoga massage, hands on adjudments, Special Vinyasa classes with specific focus as inversions, heart opening, hips, flexibility, arm balance, handstands, chakras and Yoga philosophy. He is also a Certified Pilates instructor . Currently he Own Om Shanti Yoga in Tijuana teaches in differents Studios in San Diego. 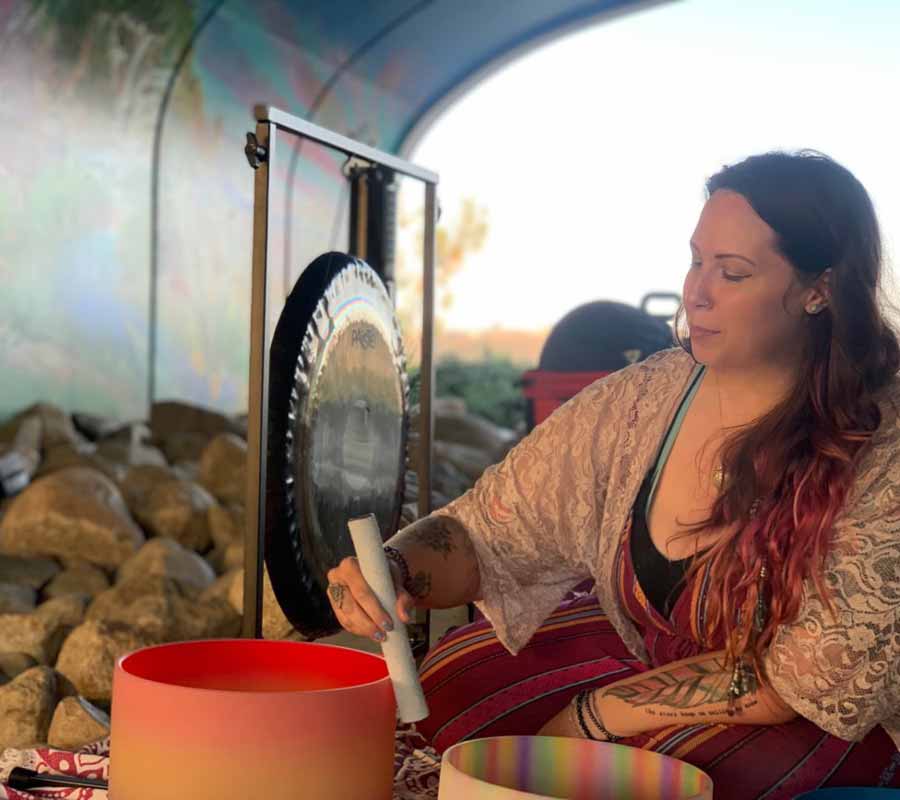 Lindsey Roach is a certified sound healing and reiki practitioner who loves holding space for others to tap into their own vibrant inner light and heart song. She is passionate about creating cosmic sound experiences that journey deep and nurture awakening; trusting that all feelings and sensations surface and unfold exactly as intended for each listener. She joyfully guides others in quieting their mind and relaxing into their bodies, allowing them to shift into the expansiveness of the present moment through the power or vibration. She’s profoundly connected to her gongs and uses a wide variety of other instruments and tools to form a diverse and all-encompassing blanket of sound. 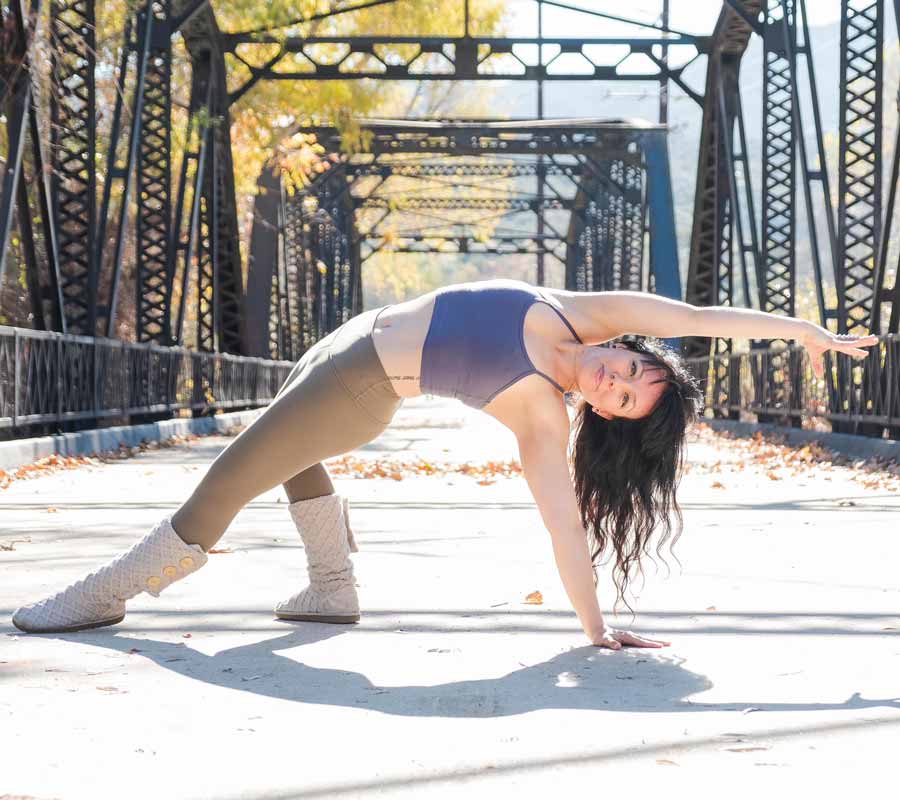 “With over twenty one years of practice of yoga and twelve years of teaching, it is the complete body and mind restoration that brings Nikki back to her mat. She has studied many forms of yoga including Iyengar, Hatha, Kundalini, Anusura, and Power Vinyasa. During her two year Ashtanga practice in Laguna Beach, CA her infatuation with yoga turned into a respect for the practice. In 2009 in San Diego, CA. Nikki received her 200-Hr. Teacher Training from CorePower Yoga. She taught yoga full time for eleven years at CorePower Yoga, including the formats of: Power Yoga, Hot Yoga, Yin Yoga, Yoga Sculpt, and Circuit Training. Nikki led and co-led many Teacher Training programs at CorePower Yoga, including a Level-2 Yin training, as well as managed their UTC Studio in 2013. It was at CorePower that her respect for yoga blossomed into a deep love, connection and a creative outlet that resonated with her spirit. Nikki has also taught at Eight Elements West, Indie Yoga, and The Boxing Club in San Diego. She loves teaching at festivals and fundraisers including, Five Elements Fest and The Natural High Fest. Nikki continues her study of yoga in her 300-HR. Teacher Training that she will complete in January 2022. Nikki has been practicing Reiki since 2008, and has been a Reiki Master since 2020. She has practiced Reiki at Chiropractique and has had private clients in San Diego. Nikki enjoys being outdoors trail running or hiking with her husband, preparing vegan treats and spending as much time as possible with their baby girl Luna.” 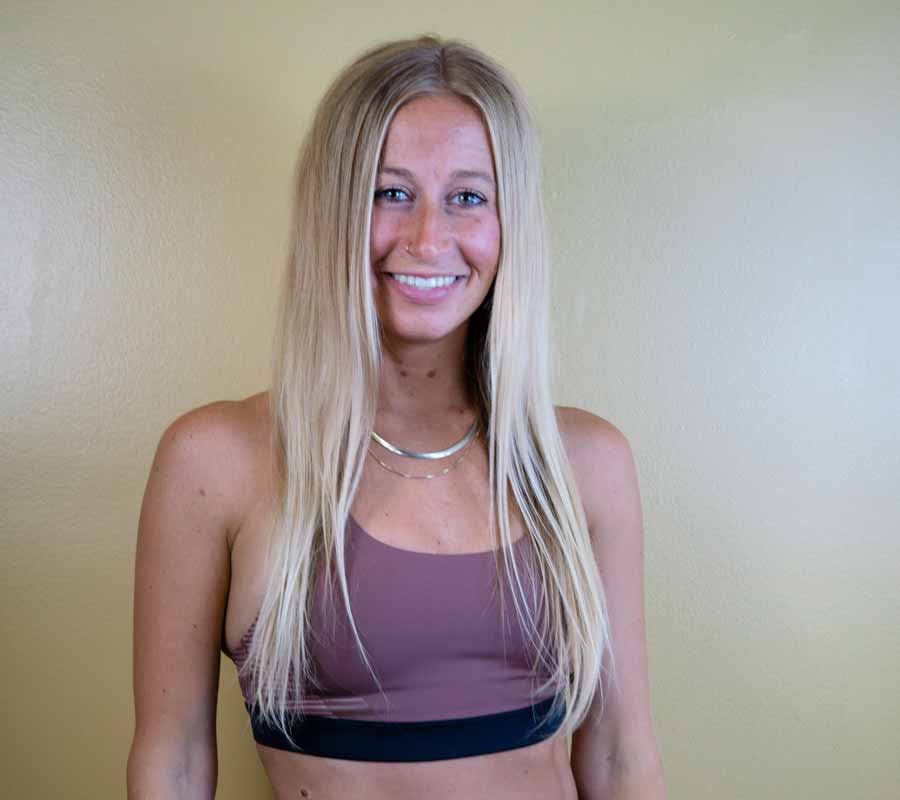 Tara was born and raised in Chicago, IL and has been a lover of movement since she was a child. Her whole life, she has been a student and teacher of a variety of dance disciplines including ballet, pointe, tap, jazz, modern, and hip-hop. Initially exposed to yoga through a GroupOn, she immediately felt at home in the heat and on her mat. She has found many similarities between yoga and dance, but she is drawn to yoga by what makes them different: nonjudgement, inclusivity, meditation, breath, and mindfulness. Attracted to yoga more than she had ever expected, she went on to receive her 200-hour RYT from Inner Fire Yoga in Madison, WI studying under the direction of Sandy Homburg.

Tara feels most herself while sharing her passion for health and wellness with adults and children through all types of movement/play and practicing mindfulness through breath work. Tara’s greatest value is the value of happiness – she believes that we are not happy when we are successful, but rather we become successful once we are happy. This core value shines when Tara is playing, teaching, learning, and practicing with others. Tara’s modern vinyasa classes will provide a safe space to explore the strength of the body, challenge the mind, encourage the breath, and build a community of togetherness. Her goal is to create flows that uplift, ground, and ultimately balance the body and mind.